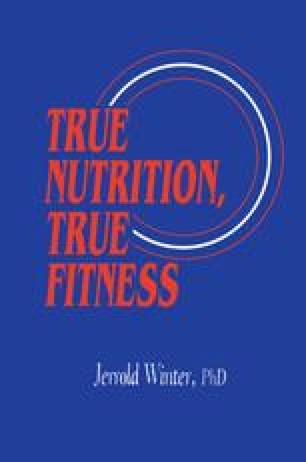 A Vitamin for Depression?
Chapter

Riboflavin takes its name from flavus, the Latin word for yellow, and ribose, a simple sugar. Although a variety of water-soluble yellow dyes were studied by biochemists more than a century ago and, in retrospect, signs of riboflavin deficiency had been seen for many years, it was not until the late 1930s that agreement was reached on riboflavin’s status as a vitamin. Several reasons for this long delay can be suggested. Riboflavin deficiency does not produce a dramatic and life-threatening disease such as beriberi or pellagra. Diets that are deficient in riboflavin are likely to lack other essential nutrients as well, so that a mixed deficiency disease is seen. Finally, the chemistry of the vitamin B complex turned out to be far more difficult than could be imagined by those who first described “water-soluble B.”

True Fitness Riboflavin Deficiency Riboflavin Content Riboflavin Status Riboflavin Intake
These keywords were added by machine and not by the authors. This process is experimental and the keywords may be updated as the learning algorithm improves.
This is a preview of subscription content, log in to check access.