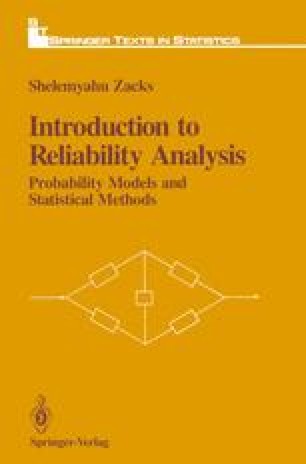 The term reliability is used generally to express a certain degree of assurance that a device or a system will operate successfully in a specified environment during a certain time period. The concept is a dynamic one, and does not refer just to an instantaneous event. If a device fails, this does not necessarily imply that it is unreliable. Every piece of mechanical or electronic equipment fails once in a while. The question is how frequently failures occur in specified time periods. There is often some confusion among practitioners between quality level and reliability. If the proportion of defective computer chips manufactured daily is too high, we could say that the manufacturing process is not sufficiently reliable. The defective computer chips are scrapped yet the non-defective ones may be very reliable. The reliability of the computer chips depends on their technological design and their function in the computer. If the installed chips do not fail frequently, they might be considered reliable. A more accurate definition of reliability will be provided later. We distinguish between the mission reliability of a device which is constructed for the performance of one mission only and the operational reliability of a system that is turned on or off intermittently, for the purpose of performing a certain function.

Radar System System Effectiveness Spare Part Operational Reliability Reliability Function
These keywords were added by machine and not by the authors. This process is experimental and the keywords may be updated as the learning algorithm improves.
This is a preview of subscription content, log in to check access.