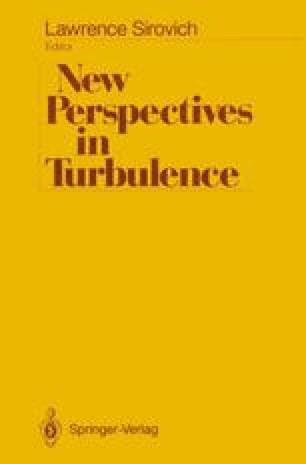 In modern studies in fluid dynamics it is quite common to describe the velocity and pressure fields in the Eulerian way, with these quantities being measured and defined at a given point in space. Having found this Eulerian velocity field, u i(x j,t), where i,j range over 1,2,3 and u i is associated with the coordinate x i, we can then study the equations
$$\frac{dx_1}{u_1} = \frac{dx_2}{u_2} = \frac{dx_3}{u_3} = dt$$
, in order to obtain the particle paths and properties associated with them. Such knowledge can be important for the understanding of flows visualized experimentally by dye or smoke.

An alternative approach is that of the Lagrangian description, in which the individual particles are marked and followed in a time-dependent way. A time derivative on a given marked particle gives its velocity, and this gives a connection with the Eulerian description mentioned above.

The partial differential equations for the Eulerian and Lagrangian schemes look superficially different, but are connected by the ordinary differential equations quoted above. However, there are some phenomena of relevance and importance in connection with turbulence and with transition to turbulence, in which an approach from the Lagrangian point of view gives rise to simpler and less intuitive nonlinear mathematics, and leads to illuminating insights. Thus a Lagrangian approach to such problems will be described in this paper, but with reference only to an inviscid fluid satisfying a simple pressure (p)-density (ρ) law of the form p = f(ρ) or more simply still for ρ = constant.

The particular class of problems to be addressed is that connected with longitudinal vorticity filaments in boundary layers or other shear flows. Of relevance here is the notion of the near collision of particles at spanwise locations where there is a convergence of the flow, and in the neighborhood of which eruptions of the flow field can take place. In an inviscid process it is shown that there is a distinct possibility of a singularity forming in a finite time, depending on the initial conditions given for the problem.

The Lagrangian picture of flows of this type will be described from a mathematical point of view but with a physical interpretation.

Pressure Field Fluid Motion Lagrangian Description Longitudinal Vortex Flow Convergence
These keywords were added by machine and not by the authors. This process is experimental and the keywords may be updated as the learning algorithm improves.
This is a preview of subscription content, log in to check access.

Cite this paper as:
Stuart J.T. (1991) The Lagrangian Picture of Fluid Motion and its Implication for Flow Structures. In: Sirovich L. (eds) New Perspectives in Turbulence. Springer, New York, NY