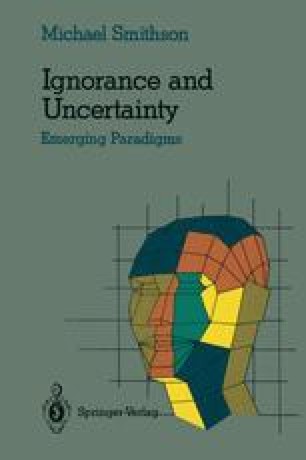 The field of psychology is ostensibly concerned with explaining human thought, emotion, and behavior, and we may properly turn to it when seeking explanations of how individuals perceive and respond to ignorance. However, traditionally psychology also has provided clear normative messages concerning ignorance (and especially uncertainty), of sufficient consistency across theories and schools of thought that they qualify as a dominant ideology. Those messages, in turn, are derived from frameworks which have crucially influenced psychological research and theories on these topics, as have debates over the relationship that should obtain between normative and explanatory frameworks. This chapter is an attempt to construct an overview of the interactions between the normative and the explanatory in the psychological literature which addresses ignorance. Once again, the reader should not expect an exhaustive treatment; preference has been given to the modern mainstreams of theory and research and a comparative synthesis.

Subjective Probability Prospect Theory Indifference Curve Evolutionarily Stable Strategy Normative Violation
These keywords were added by machine and not by the authors. This process is experimental and the keywords may be updated as the learning algorithm improves.

“To be able to function and live amid uncertainty—that’s a clinical definition of sanity.”E. Boulding.

“Whoever denies he is certain of anything is neurotic. Whoever claims certainty of everything is foolish.” Isaac Levi.