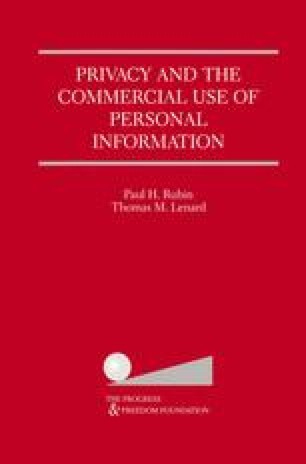 The last two chapters demonstrated that markets for commercial information are responding to consumers concerns and preferences with respect to privacy. There appears to be no evidence of market failure, or even of harm to consumers. There are, nonetheless, proposals for regulation, most prominently from the Federal Trade Commission.128 The National Association of Attorneys General (NAAG) has also proposed greater government involvement.129 In this chapter, we consider alternative rationales for expanded regulation, which seem largely to be based on public opinion and other survey data.

Cite this chapter as:
Rubin P.H., Lenard T.M. (2002) Polls, Policy and the FTC. In: Privacy and the Commercial Use of Personal Information. Springer, Boston, MA