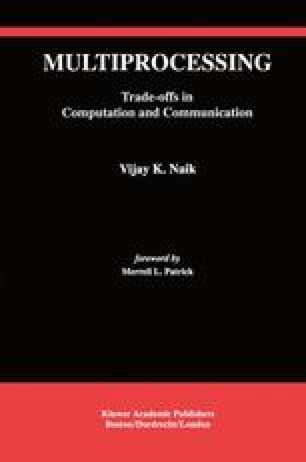 In Chapter 2, we shown that adding extra data dependency arcs at each vertex of the diamond dag affects the time-data traffic tradeoff and the overall performance. In the last chapter, we have seen the effect of geometry on the tradeoff as well as on the performance. In this chapter, the combined effect of the additional data dependency arcs at each vertex and of the geometry on the communication-time tradeoff is discussed. The dags considered here are the d-dimensional dags with equal number of vertices along each dimension. In the following, first an n × n × n dag is analyzed in detail. After that, the results are generalized to a d-dimensional dag.