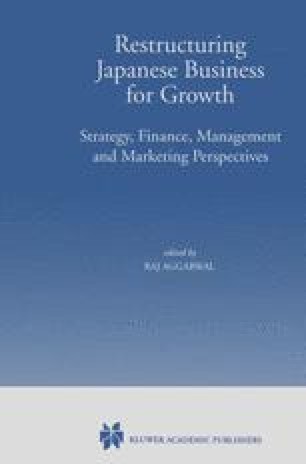 From the almost total destruction of its economy in the 1940s, Japanese business and finance had recovered to clearly become very important by the 1980s. After decades of spectacular and rapid growth, the Japanese economy is now the second largest economy in the world. Japan is the lead economy in Asia, the fastest growing region of the world. Japan’s currency is one of the strongest and Japanese companies are fierce and very effective competitors in global markets helping Japan rack up significant trade surpluses year after year. Its financial institutions are some of the largest in the world; at the end of 1994 they accounted for nearly 10% of all lending in the U.S. and held over $400 billion in U.S. treasury securities (Fingleton, 1996). Enigmatically, the Japanese economy failled to recover from its early 1990s recession and has been in a deep recession for most of the 1990s.

Foreign Direct Investment Foreign Firm Japanese Firm International Joint Venturis Japanese Economy
These keywords were added by machine and not by the authors. This process is experimental and the keywords may be updated as the learning algorithm improves.
This is a preview of subscription content, log in to check access.