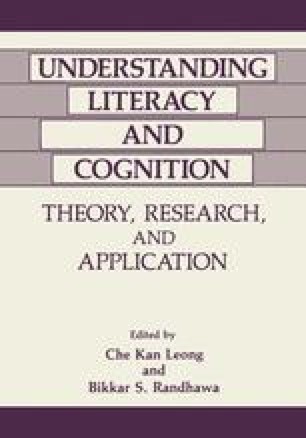 Beliefs about the relationship between literacy and thought have a long, indeed a venerable history. Beginning in the 18th century, in the period known as the Enlightenment, there was the assumption that an equation could be made between literacy, civilization, and rationality. Writers such as John Stuart Mill and Thomas Jefferson claimed that the ability to read and write was not only important to personal fulfillment but also critical to the existence of an informed citizenry and a responsible government. But what began as a reasonable assumption has, in the course of two centuries, picked up sufficient momentum to be considered, in our time, the “myth” of literacy. I refer to it as a myth because it is no longer a belief subject to reflection and argument but an assumption held unreflectively. It is the assumption that directly links illiteracy with poverty, malnutrition, and unemployment as well as other social ills, that makes us think of illiteracy as if it were some degrading social disease, of illiterates as second class citizens, and of education as a means of eliminating the “scourge” of illiteracy (Olson, 1974).

Oral Language Systematic Thought Oral Tradition Systematic Argument Historical Argument
These keywords were added by machine and not by the authors. This process is experimental and the keywords may be updated as the learning algorithm improves.

An earlier version of this paper was published in the Proceedings of the Third International Conference on Thinking, D. Topping (Ed.), L. Erlbaum, in press. This paper is based upon The world on paper (in preparation).

The author gratefully acknowledges the support of the Spencer Foundation, SSHRC and the Ontario Ministry of Education through its Block Transfer Grant to OISE.