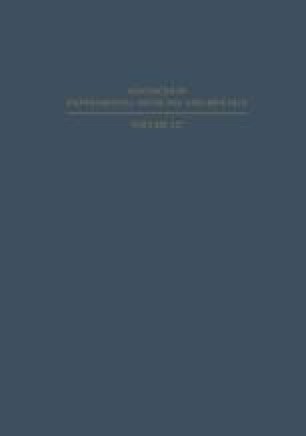 Does lithium significantly attenuate the degree and/or duration of chemotherapy-induced granulocytopenia? Several studies have addressed this question (Tisman, 1974; Greco, et al., 1976; Greco and Brereton, 1977; Stein et al., 1977; Catane et al., 1977; Lyman et al., 1978), and all have reported that the mean granulocyte nadir is significantly higher, or the mean or median duration of granulocytopenia is significantly shorter, following chemotherapy plus lithium (P values ranging between 0.01 and 0.05). There is not a single “negative” study reported. When these data are considered with the fact that lithium increases granulocyte production (Rothstein et al., 1978), one can easily conclude that the statistically significant attenuation of chemotherapy-induced granulocytopenia by lithium is a real effect. Further clarification of this significant effect requires detailed inspection of these data. It was obvious during our initial studies of lithium in patients receiving chemotherapy (Greco et al., 1976; Greco and Brereton, 1977) that the ability of lithium to limit the nadir of granulocytopenia was at best marginal except in a few patients. We were also uncertain, as were Stein and co-workers (Stein et al., 1977) if our “statistically significant” observations were biologically important. Therefore, I have again looked at the study of Stein and co-workers and carefully reviewed our own data (Greco and Brereton, 1977) in an attempt to gain a better appreciation of the observed “lithium effect.” At this writing, these two studies are the only detailed reports available. Both these studies report significant (P ≤ 0.05) lithium attenuation of granulocytopenia induced by chemotherapy.

Chemotherapy Cycle Bronchogenic Carcinoma Granulocyte Count Detailed Inspection Preliminary Clinical Trial
These keywords were added by machine and not by the authors. This process is experimental and the keywords may be updated as the learning algorithm improves.
This is a preview of subscription content, log in to check access.