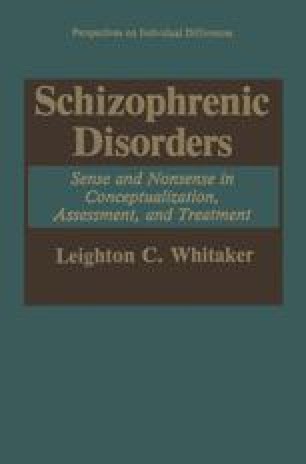 The law that binds schizophrenic persons has seldom been prescribed or controlled by their authority. In this respect, schizophrenic persons have had, at least until the 1970s, less authority than many criminals, especially criminals of the white-collar variety, who may have powerful influences on both statutory and case law. Schizophrenic persons also have less authority to make and to carry out law than their families, or nearly anyone else in society. This chapter addresses legal and legislative considerations regarding severely mentally disturbed persons, with particular attention to those labeled schizophrenic and with emphasis on the sense and nonsense of the most relevant and important laws.

Antipsychotic Drug Mental Patient Mental Health Practitioner Civil Commitment Legal Consideration
These keywords were added by machine and not by the authors. This process is experimental and the keywords may be updated as the learning algorithm improves.

Law, in its generic sense, is a body of rules of action or conduct prescribed by controlling authority, and having binding legal force.