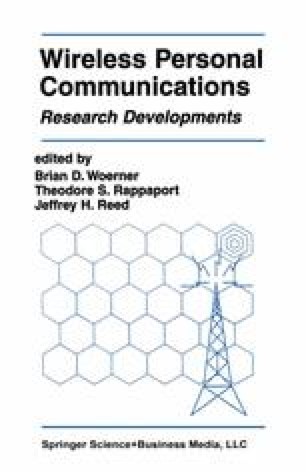 The RAKE receiver is used in the multipath channels to make use of the inherent time-diversity effect achieved by the use of a direct sequence spread spectrum (DSSS) communication system. Coherent combining of multipath signals by a RAKE receiver improves system performance. The improvement in performance is based on selecting the stronger paths and rejecting the noisy or weak paths. This criterion requires good estimates of the multipath channel parameters. We obtain multipath parameter estimates by the set theoretic deconvolution technique. The method is based on the constrained iterative deconvolution using the method of Projection Onto Convex Sets (POCS). In this paper we analyze the bit error rate (BER) performance of an adaptive RAKE receiver by computer simulations for a BPSK/DSSS system in an indoor environment. The performance is analyzed for indoor multipath channel models, with/without Inter Symbol Interference (ISI). In order to have a realistic effect, we generate the impulse response of the channels by software package SIR CIM.

For comparison purposes, performance of five receivers was analyzed, i. e., Strongest Path (SP), RAKE with ideal estimates (Ideal), Post Detection Integrator (PDI), RAKE with matched filter estimates (MF), and RAKE with POCS estimates. The simulation results show that the RAKE receiver with tap weights being adjusted by POCS estimates performs close to an ideal RAKE for a sounding signal transmitted at Signal to Noise Ratio (SNR) of greater than 25 dB. It performs about 1–2 dB better than the RAKE with matched filter estimates at BER of 10-3. The performance being superior at low sounding SNR. It was also observed that performance of a PDI receiver was extremely poor, i.e. a simple implementation of RAKE receiver in an indoor multipath environment, having large number of taps and small number of useful paths is not feasible.

Impulse Response Matched Filter Channel Impulse Response Multipath Channel Rake Receiver
These keywords were added by machine and not by the authors. This process is experimental and the keywords may be updated as the learning algorithm improves.
This is a preview of subscription content, log in to check access.