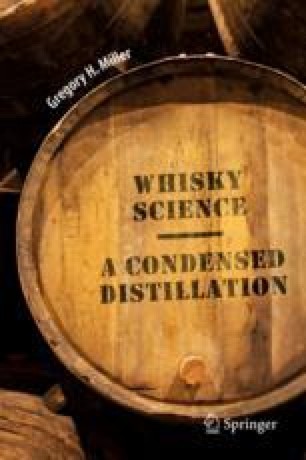 Malting is the controlled germination of barley grain, which serves two important functions. First, enzymes are created during germination to break down starch. Such enzymes are necessary to cleave the starch into fermentable sugars during the mashing process. Second, the starch granules are made more accessible through the breakdown of β-glucans in the cell walls of the endosperm, and through the action of some starch-cleaving enzymes. This process is called ‘modification.’

Our Mault is made of the best Barley, which is steeped in a cysterne, in greater or lesse quantitye, by the space of three dayes, and three nyghtes, untyll it be thorowelye soked. This beyng done the water is drayned from it by lyttle and lyttle, tyll it bee quite gone. Afterwarde they take it out, and laying it upone the cleane floure on a rounde heape, it resteth so untill it be ready to shoote at the roote ende, which maltsters call comming. When it beginneth therefore to shoote in thys maner, they saye it is come, and then foorthwith they spreade it abroade, first thick and afterwarde thinner and thinner uppon the sayde flower (as it commeth) and there it lyeth (with turning every daye foure or five times) by the space of one and twenty daies at the least, the workeman not suffring it in any wise to take any heate, whereby the bud ende should spire, that bringeth foorth the blade, and by which oversight the maulte woulde be spoyled, and come to small comoditie. When it hath gone or beene turned so long upone the floure, they carye it to a kyll covered wyth heire cloth, where they gyve it gentle heates (after they have sprede it there very thinne abroad) till it be drye, and in the meane while they turne it often, that it may be uniformly dried. For the more it be dryed the better the mault is, and the longer it will continue, whereas if it be not dryed downe (as they call it) but slackely handled, it wyll breed a kind of worme, called a wivel, which groweth in the flowre of the corne, and in processe of time, will so eate out it selfe, that nothing shal remaine of the graine but even the rinde or huske. – William Harrison, 1577 [336]