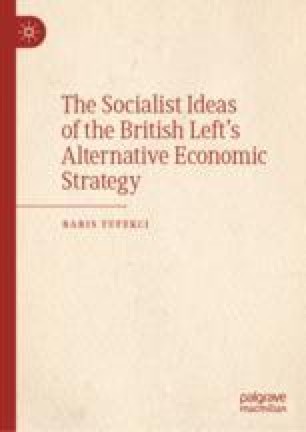 Reform or Revolution: The AES as Socialist Strategy

There were tensions in the Alternative Economic Strategy’s view of itself as a socialist strategy—the ways in which its proponents understood it as a programme for socialist transition, how they perceived that this transition would occur, and how they positioned themselves against other strategies for socialist transition. As shown, prominent advocates of the AES attempted to bridge the gap between reform and revolution, espouse revolutionary aims, reject a purely parliamentary road, while also dismissing the ‘insurrectionist’ politics of those to their left. However, as one former proponent of the AES put it in 2015, the AES ‘never resolved a contradiction at the heart of it: was it designed to make the capitalist economy work better, or was it designed to destabilise it?’ This basic unclarity pervaded AES approaches to socialist strategy.