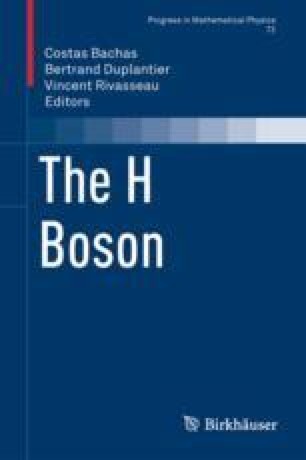 The recent discovery of a spin-0 Brout–Englert–Higgs boson leads to further enquire about other fundamental scalars. Supersymmetric theories involve, in relation with the electroweak breaking, five such scalars at least, two charged and three neutral ones, usually denoted as H ±, H, h and A. They also introduce spin-0 squarks and sleptons as the superpartners of quarks and leptons.

Supersymmetric extensions of the standard model lead to the possibility of gauge/BEH unification by providing spin-0 bosons as extra states for spin-1 gauge bosons within massive gauge multiplets. Depending on its properties the 125 GeV boson observed at CERN may then also be interpreted, up to a mixing angle induced by supersymmetry breaking, as the spin-0 partner of the Z under two supersymmetry transformations, i.e., as a Z that would be deprived of its spin.