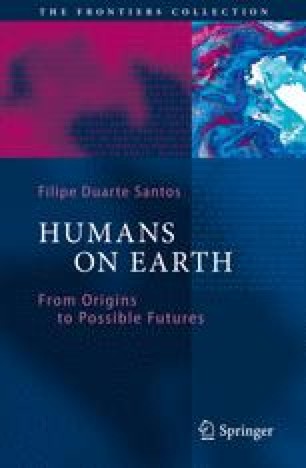 Although deeply involved in the affairs of the present and near future—hours, days, weeks, months, or even a few years—people also ask themselves about the middle and long term future — a decade, decades, a century, or several centuries. Clearly, the former time scales are of vital importance, while the middle and long term future is irrelevant to the majority of the human population, especially those who live on the edge of survival. However, in the 21st century, more than in the past, there are many human activities with serious cumulative impacts on the Earth system and on the depletion of natural resources, and these will manifest themselves in a marked way in the middle to long term. Some of these impacts may even be irreversible on time scales that are long compared to the average duration of a human generation, on the order of thousands of years. Moreover, they are likely to aggravate the current inequalities in social and economic development, increase poverty and hunger on a global level, and raise the risk of critical and dangerous situations in the future.

Black Hole Solar System Switch Grass Synthetic Biology White Dwarf
These keywords were added by machine and not by the authors. This process is experimental and the keywords may be updated as the learning algorithm improves.
This is a preview of subscription content, log in to check access.