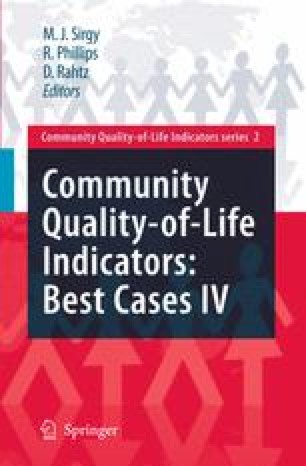 Using a multi-faceted approach that combines analysis of existing statistical data, original research, survey data, and comparative case studies, the Long Island Index has helped to clarify the complex dynamics of the region and succeeded in reaching a wide audience including leaders who shape regional policy. This chapter explores the nature of the target area, Long Island, defining the characteristics it shares with similar suburban communities as well as its distinctive features. While Long Island is commonly and accurately viewed as having a large percentage of affluent residents, more detailed statistics reflect a more diverse socioeconomic population with real incomes declining for the lowest 10% of its population. Long Island, one of the least centralized of large suburban areas with 14% of New York State’s population, has 25% of the state’s political entities due to multiple overlapping political jurisdictions including county, town, village and special districts (water, sewer, garbage, police, fire, school library, etc.).

This chapter explores how the Index’ multi-factor analysis using a combination of research tools create a clearer picture of critical issues. For example, an analysis of educational stratification breaks down Long Island’s overall excellent academic performance scores to demonstrate the wide gap that exists between richer and poorer school districts. A second illustration of the Index’ approach shows how a case study comparison of Long Island to a similar suburban region in Northern Virginia, but one that has a minimal number of governmental entities, makes the link between high property taxes and multiple layers of government. A third example demonstrates the power of survey data to add to the overall research picture, revealing the fact that the need to provide more vital downtown areas with higher concentrations of housing for the workforce is both considered more pressing and more generally acceptable by Long Islanders than is generally known.

Since the avowed aim of the Index is to effect policy, this chapter explores the variety of means the Index uses to reach its intended audience, from elected officials, schools, other non-profits, libraries and civic organizations to the general public. By focusing on publicizing unexpected results, such as the numbers of people considering moving off Long Island, through multiple media channels, the Index, while retaining its standing as a non-partisan, unbiased source of carefully researched information, has become a key component of political discourse and analysis within the region.

School District Affordable Housing Housing Cost Free Lunch Special District
These keywords were added by machine and not by the authors. This process is experimental and the keywords may be updated as the learning algorithm improves.
This is a preview of subscription content, log in to check access.