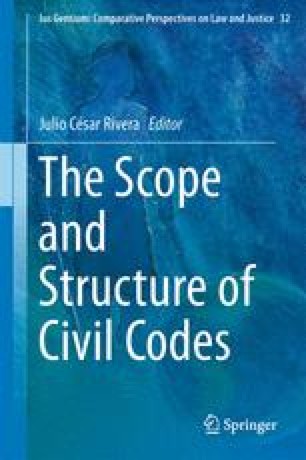 The Code Civil has enjoyed a very special status in French law since 1804. This is due to the matters it covers and to the intrinsic qualities of its provisions, but also to its political and symbolic significance. Over the last decades, however, this status has been increasingly challenged by the development of supra-legislative rules and a strong ‘decodification’ movement, resulting in ever growing areas of private law being regulated outside the Code. The legislator has reacted by reforming parts of the Code Civil, mostly in the field of personal status and family law. However, what is generally regarded as the heart of the Code Civil, i.e. property law and the law of obligations, has remained to a large extent unchanged since 1804. Most lawyers agree that a reform of these parts of the Code is now overdue, but it not so easy to alter a national monument! A reform of the law of obligations in the Code Civil is now on the agenda, but its precise contents are not yet known and expectations among French lawyers are running high.