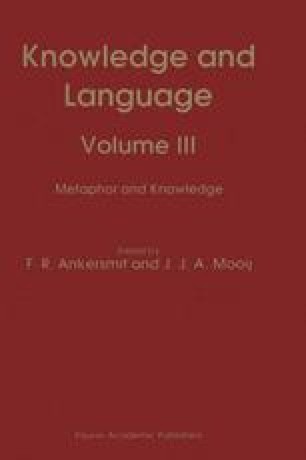 The Confused God: About a Metaphor in Literary Semiotics

A recurring metaphor in general discourse as well as in specialized criticism describes the phenomenon of narration in terms of the author’s position in a “world” with which he maintains certain relationships. It is a spatial metaphor and seems quite clear, but its apparent clarity turns opaque as soon as we try to derive further heuristic conclusions from it. We regard it as quite obvious, for instance, that the author of an autobiography takes up his stance inside his world, to the point of being the very incarnation of his narrator — as opposed to the realistic writer, who views his world from the outside, or, should he have any populistic or paternalistic leanings, even from above. Yet experience has shown how easily such a classification may fall apart. Verga, the great novelist of the Italian type of realism known as verismo formulated the theory of the total detachment of the author, of his being reduced to a neutral and “impersonal” recording instrument. It is precisely this impersonality, however, that places the author in a position of “weakness” relative to the Sicilian world he is describing. The very effort of erasing all preconceived notions and feelings, of wiping his inner slate clean, so to speak, carries a “risk”: the author’s personality may become wholly dominated by the outside world. And when that happens, the author who wants to eliminate all temptation of intervening in the story — and who therefore somehow attempts to detach himself from it — will paradoxically find that his desire to stay outside it makes him view it entirely from the inside; so that the literary work as Verga wanted it to be seems “to have come into being of its own creation.”

Literary Work Internal Focus Heuristic Conclusion Linguistic Code Spatial Metaphor
These keywords were added by machine and not by the authors. This process is experimental and the keywords may be updated as the learning algorithm improves.
This is a preview of subscription content, log in to check access.

Cite this chapter as:
Briosi S. (1993) The Confused God: About a Metaphor in Literary Semiotics. In: Ankersmit F.R., Mooij J.J.A. (eds) Knowledge and Language. Springer, Dordrecht