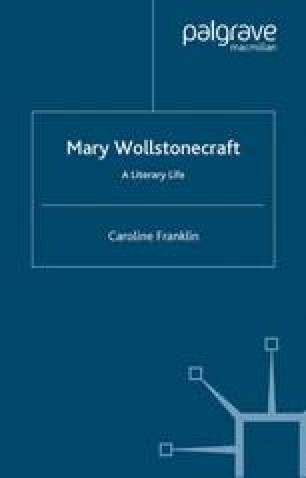 ‘The true perfection of man’: Print, Public Opinion and the Idea of Progress

The newly born republic was proclaimed on 22 September, 1792 or ‘year 1 of Liberty’. It was depicted in a popular print as a newlyspawned infant Hercules: arising from the skirts of a brawny female sans-culottes, an earthy parody of the Virgin Mary. France was already at war with the monarchies of Russia, Prussia and Austria, whose armies had initially been repulsed. The early Utopian phase of the revolution was over. Dumouriez, the victorious French commander, was solicited by the advocates of revolution in Belgium and Holland to lend them his support.1 Now the revolution was to be spread abroad.

Public Opinion French Revolution National Education Body Politic True Perfection
These keywords were added by machine and not by the authors. This process is experimental and the keywords may be updated as the learning algorithm improves.

Up until now, the history of politics…has been the history of only a few individuals: that which really constitutes the human race, the vast mass of families living for the most part on the fruits of their labour, has been forgotten…it is only the leaders who have held the eye of the historian.

(Condorcet, Sketch for a Historical Picture of the Progress of the Human Mind)

‘The quarrels of popes and kings, with wars or pestilences, in every page; the men so good for nothing, and hardly any women at all — it is very tiresome: and yet I often think it odd that it should be so dull, for a great deal of it must be invention’.