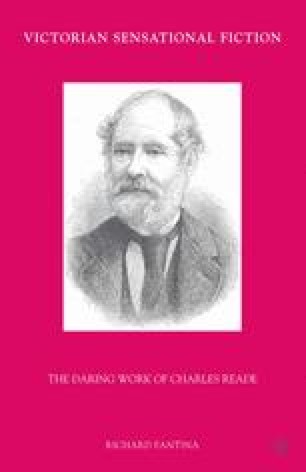 Saying “No” to Power: It Is Never Too Late to Mend and Hard Cash

Aside from The Cloister and the Hearth (1861), his great historical novel, Charles Reade’s fiction was known among his contemporaries for its sensationalism and its advocacy of social reforms. Among the causes he championed most famously were the reform of prisons and lunatic asylums and the campaign for women’s rights. This chapter focuses on two of Reade’s controversial novels: It Is Never Too Late to Mend (1856) and Hard Cash (1863), which reveal the corruption and brutality in two discrete but related contemporary institutions: the prison and the insane asylum. These two novels invite comparison with several works by Michel Foucault, such as Discipline and Punish (1979), Madness and Civilization (1965), and the earlier, shorter work Mental Illness and Psychology (1953). Foucault’s texts have provided remarkably versatile theoretical tools that have enabled scholars to interrogate the genealogies of knowledge in diverse fields, from anthropology to literary studies. My purpose in the following pages is to isolate, through Reade’s work, a historical moment in the nineteenth century (an important moment in Foucault’s arguments), and to discuss, in light of Foucault’s historical and theoretical concerns, one author’s literary-historical testimony concerning two important disciplinary institutions.

Lunacy Commission Lunatic Asylum Physical Coercion Prison Reform Disciplinary Society
These keywords were added by machine and not by the authors. This process is experimental and the keywords may be updated as the learning algorithm improves.
This is a preview of subscription content, log in to check access.