Beyond Women’s Empowerment in Africa 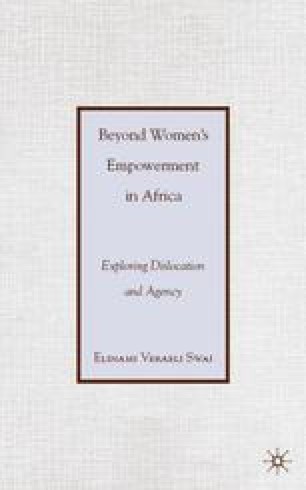 Indigenous knowledge systems (IKS) in Africa have inspired the technology and physical, social, and cultural values of many researchers, which by and large have remained reciprocal, classless, and efficacious. The discussion on this matter, which has been gaining currency among postcolonial scholars, is usually motivated by a growing realization that locally generated knowledge can be used to change and improve not only the human condition but also agriculture and other natural resources. This scholarship constantly links knowledge systems in Africa and elsewhere with development, where in the dictum of development policy, knowledge like that of ordinary women (such as that of Mama Mona discussed later in this chatper) is seen as marginal and meaningless.

Indigenous People Knowledge System Indigenous Knowledge African Woman African Society
These keywords were added by machine and not by the authors. This process is experimental and the keywords may be updated as the learning algorithm improves.
This is a preview of subscription content, log in to check access.