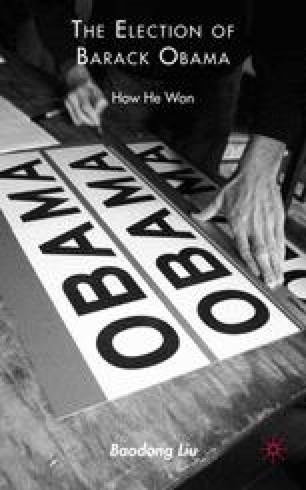 As early as 1973, Ira Katznelson in his classic study, Black Men, White Cities, noted that the United States had elected more minorities into elected offices than Britain.1 Writing in 2005, however, Robert C. Lieberman, in his Shaping Race Policy: The United States in Comparative Perspectives, also pointed out that African Americans in the United States had been less fully integrated into social welfare programs than blacks in Britain.2 The significance of electing Barack Obama into the most powerful office, for sure, will continue to be a subject of interest for students of politics and race for many years to come. How did Obama win in the first place? Does his election to be the first African American president suggest that race has become irrelevant in the U.S. electoral process? This book provides an answer at both the macro and micro levels. At the macro level, the book examines the two-party competitions based on their different racial strategies. At the micro level, this book investigates the details of the sequence of the primary elections and the contextual and spatial effects of racial relations in American states. The findings are very intriguing, and the conclusion is clear: race continues to be a major factor in the U.S. electorate.

Democratic Party Republican Party Minimum Winning Coalition Racial Tension White Voter
These keywords were added by machine and not by the authors. This process is experimental and the keywords may be updated as the learning algorithm improves.

When interests are shared under certain political circumstances, major victories with lasting value will be won.