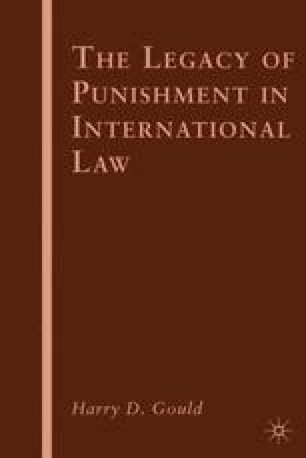 In Nicholas Onuf’s account of the constitution of international society, key explanatory weight is carried by two sets of constitutive rules that he labels “primary” and “secondary.”2 He takes this formulation from the system H. L. A. Hart detailed in The Concept of Law.3 In the simplest terms, the former are the specific rules—prescriptive and prohibitive—governing the conduct of agents. The latter are rules governing rules—the rules for the creation and change of rules.4 This typology neatly captures things, but there is a subspecies of primary rules that bears special attention for the unique role it plays in the constitution of international society—indeed of all societies. Among primary rules, rules of categorical, peremptory character, jus cogens, play a special role in the constitution of any society. More so than rules of a quotidian, dispositive character, jus cogens rules identify what it means to be part of a society. Adherence to these rules—if not in foro interno adherence to the values underlying them—is a sine qua non condition of membership in the society defined by those rules.

International Society International Crime Universal Jurisdiction Vienna Convention Kantian Ethic
These keywords were added by machine and not by the authors. This process is experimental and the keywords may be updated as the learning algorithm improves.

The continued development of universality, objective norms such as norms jus cogens, obligations erga omnes and international crimes … all point to a move from strict positivism, absolute equality of consent and unanimity.1