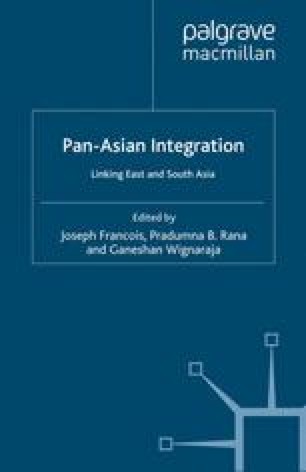 Integration Strategies for Asean: Alone, Together, or Together with Neighbors?

Internationalization of the economies in the Association of Southeast Asian Nations (ASEAN) has been proceeding at a rapid pace. Moreover, the direction of this internationalization is clearly in favor of East Asia. To complement and facilitate this regionalization, ASEAN has been pursuing a multi-pronged approach, from deeper economic integration in ASEAN itself to bilateral and regional free trade agreements (FTAs) and national policy reform. While the subject of monetary union continues to be a popular topic, in practical terms little has been done in the direction of its realization. There have been a number of initiatives (discussed below) in terms of financial cooperation but to date the most important accords have been in the real sector. In fact, although there were few formal FTAs in place in East Asia outside of the ASEAN Free Trade Area (AFTA) at the turn of the century, the Asian Development Bank (ADB) estimates that 42 concluded FTAs exist today, with another 66 being either negotiated or proposed.2

Foreign Direct Investment Gross Domestic Product World Trade Organization Monetary Union Computational General Equilibrium
These keywords were added by machine and not by the authors. This process is experimental and the keywords may be updated as the learning algorithm improves.

An earlier version of this paper was presented at the East-West Center in August 2007 and the authors are grateful to seminar participants for suggestions, particularly Seiji Naya and Dieter Ernst. Thanks are due to Fan Zhai for running the computational general equilibrium (CGE) simulations.