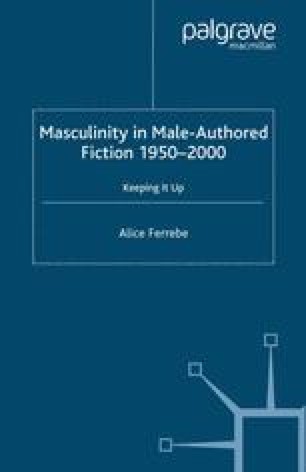 The Consolations of Conformity

It has become a cliché that the years immediately following the Second World War in Britain witnessed social change at a bewildering pace. The War was a defining experience for more than one generation of men, whether through active or national service, or evacuation. Rather than attempting to assess the impact of these fractured and various effects of combat, however, this chapter will focus upon the more cohesive experience of post-war social conditions of the 1950s and early 1960s. Vast areas of the British Empire were ceded in two spurts; one immediately after the War, the other in the early to mid-1960s: what Salman Rushdie has called ‘the Great Pink Age’ (130) was over. Domestically, England moved from rationing to affluence in a matter of years. Perceptions of the period tend to combine this sense of profound and dizzying change with one of concurrent political apathy, as the moral fervour of the 1930s and the dynamic purpose of a society at war dissipated into political passivity. Acquiescence, and the unsavoury acquisitiveness generated by a consumer boom, it is assumed, is the inevitable curse of social prosperity. The era is frequently derided for the slightness of its fictional output: Bernard Bergonzi in his 1970 The Situation of the Novel calls the English literature of the 1950s and 1960s ‘backward- and inward-looking’ (56).

Rugby League Empirical Hypothesis Ideal Reader Rugby League Player Narrative Technique
These keywords were added by machine and not by the authors. This process is experimental and the keywords may be updated as the learning algorithm improves.