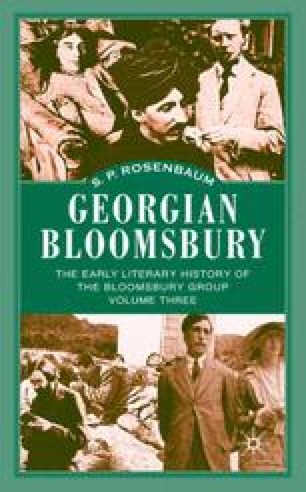 The literary history of Bloomsbury from 1910 to 1914 was Georgian in several senses. Spatially and temporally Bloomsbury was Georgian. Most of the Group lived in Bloomsbury squares whose later eighteenth-and early nineteenth-century architecture is identified by the reigns of the first four Georges. Bloomsbury became Georgian again with the accession of George V in May 1910. In Howards End, published five months later, Forster described London as Georgian.

Human Relation Literary History Railway Carriage Time Literary Contemporary Writer
These keywords were added by machine and not by the authors. This process is experimental and the keywords may be updated as the learning algorithm improves.
This is a preview of subscription content, log in to check access.