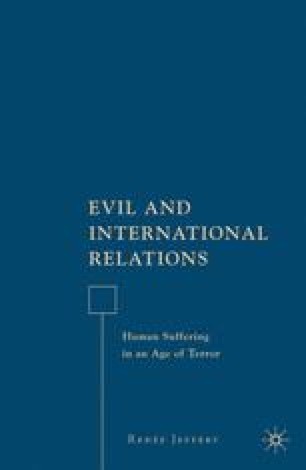 On July 7, 2005, the world watched in stunned horror as four bombs rocked central London. In the hours and days that followed, world leaders, politicians and other dignitaries roundly condemned the acts in what have now become familiar terms. In his initial statement from the G8 Summit at Gleneagles, British Prime Minister Tony Blair called the bombing “barbaric,” concluding at the Labor Party Conference nine days later that the attacks were driven by an “evil ideology.”2 In his response, President of the United States, George W. Bush, also speaking from Gleneagles, vowed that “those who have such evil in their heart” will not succeed in achieving their aims, while the leader of the British Conservative Party, Michael Howard, spoke of the “evil acts” that had taken place, adding that “these evil people will not have their way.”3 In the condolence book opened by the British High Commission in Canberra, Australian Prime Minister John Howard wrote in similar terms that “Evil deeds will never cower a free people.”4 “Evil,” it seems, was once again at the forefront of the international political agenda.

International Relation Trial Chamber Rwandan Genocide British Prime Minister Evil People
These keywords were added by machine and not by the authors. This process is experimental and the keywords may be updated as the learning algorithm improves.