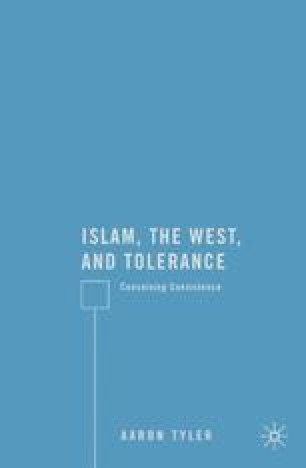 A Diverse Sampling of Tolerance in the History of Islam

The Muslim world is not monolithic. Numerous Muslim communities are loosely conglomerated under the appellation of Islamic civilization. Differences between Muslim communities abound. While some have a history of quietism, others are inherently political. As in the West, violent struggles for power—in large part based on sectarian difference and geopolitical aspirations—have characterized much of Muslim history. In Islam’s inaugural century, those later labeled as Shi’i (a derivative of the expression shi’at Ali, meaning partisans of the fourth Caliph, Ali ibn Abi Talib, the cousin and son-in-law of Muhammad), coordinated the assassination of Uthman, Islam’s third Caliph, in an effort to restore the legitimacy of the caliphate through the Prophet’s bloodline. The first civil war, between the fourth and last “Rightly Guided” caliph, Ali, and the first Umayyad caliph, Muawiyah, occurred within three decades of the Prophet’s death. This was the first of many civil wars between Muslim communities. The deep schism that persists today between Shi’i and Sunni (adherents of the “ways of the Prophet”) was cemented in 680 when the powerful army of the second Sunni Umayyad Caliph Yazid martyred Ali’s second son Husayn and decimated his cadre at the Battle of Karbala.

Indian Subcontinent Muslim Community Religious Freedom Muslim World Religious Tolerance
These keywords were added by machine and not by the authors. This process is experimental and the keywords may be updated as the learning algorithm improves.

We should have so much tolerance that we can benefit from opposing ideas in that they force us to keep our heart, spirit, and conscience active and aware, even if these ideas do not directly or indirectly teach us anything