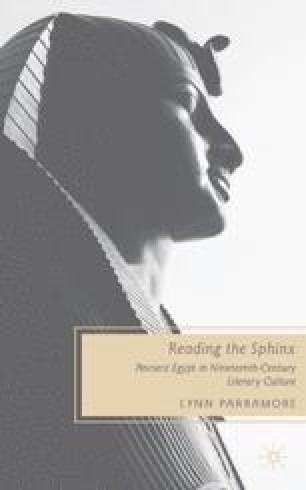 On June 30, 1819, Urban Sylvanus, the editor of The Gentleman’s Magazine, summed up the preoccupations of what he called the current “wonder-working age.” He lamented a world that was changing too fast, leaving human beings in a bewildering swirl of shifting paradigms and monstrous technology. Populations were exploding. Steam engines and new-fangled machines threatened to eclipse the age-old rhythms of life. Medical “free-thinkers” had deprived human beings of souls with their mechanistic view of the body. Against these alarming trends, “we must summon the confidence to appeal to the past,” wrote the editor, “as a probable pledge to the future” (Preface to The Gentleman’s Magazine and Historical Chronicle, from January to June 1819).

British Museum Ancient World Cultural Memory Ancient Egyptian Greek Manusc Ript
These keywords were added by machine and not by the authors. This process is experimental and the keywords may be updated as the learning algorithm improves.

For a collector … ownership is the most intimate relationship that one can have to objects. Not only that they come alive in him; it is he who lives in them.