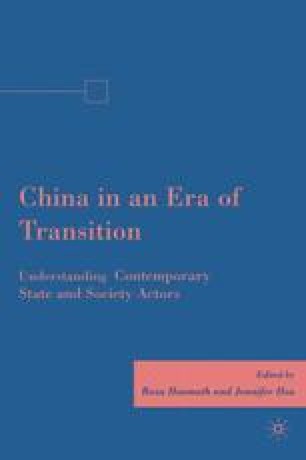 The Taiwanese Business Community: A Catalyst or Virus for Chinese Development?

In analyzing the Taiwanese business community (TBC) and its influence on China, much of the existing research has focused on economic effects, and how the TBC has facilitated Chinese economic modernization and development. However, a paradigm that only focuses on the economic realm cannot capture the full extent to which the TBC is emerging as a legitimate Chinese actor. As a growingly important actor in China, the TBC affects not only the economy, but also society and politics. In analyzing the transformative effects of the TBC’s dynamic interactions with local Chinese communities, a more expansive substantive and empirical perspective should be adopted. Beyond a focus only on the interaction of economics, I argue that we need to also examine how such economic activity is changing social identities and norms. According to the social constructivist paradigm, an actor’s norms, identities, and cultures are only expressed through interaction, and that it is through interaction that they are changed. This chapter demonstrates how the TBC is transforming the culture of state-business relations, changing social norms, and reinforcing the dichotomy of state and society roles in the Chinese identity.

Chinese Business Political Liberalization Chinese Counterpart Taiwanese Firm Chinese Identity
These keywords were added by machine and not by the authors. This process is experimental and the keywords may be updated as the learning algorithm improves.
This is a preview of subscription content, log in to check access.