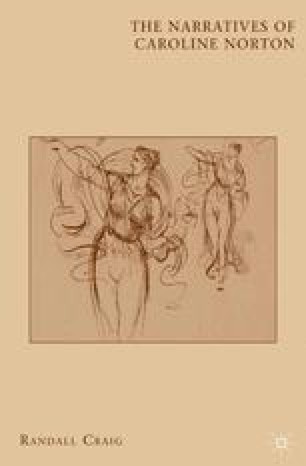 “The Brethren of the Long Robe”: Legal Satire and Courtroom Humor

Apart from marrying one and then having him fling his copy of Blackstone at her, Norton could not have expected to have a great deal to do with attorneys or their law books. Her husband’s accusation of adultery in 1836, however, began what would prove to be a lengthy and generally unhappy exposure to legal processes and players, an exposure not terminated even by her husband’s death in 1875. While not expecting the terms of his will to be favorable, she was shocked to learn that their sole surviving son had been disinherited. Their legal wrangles thus continued from the grave, further justifying her comment that “the accursed tribe of Lawyers have had their fangs in me… and I can’t get away.”3

Attorney General Sexual Misconduct Beautiful Woman General Hilarity Break Promise
These keywords were added by machine and not by the authors. This process is experimental and the keywords may be updated as the learning algorithm improves.

When all is done that cunning man can do,

The suitor ruined, and the opposer too;

By failure or success alike perplexed,…

One thing alone seems clear, without a flaw,—

Law is not justice; justice is not law!

Caroline Norton, “Cromwell and the Lawyers”

All preconceived ideas on any subject I can scout,

And demonstrate beyond all possibility of doubt,

Depends on whose Solicitor has given me my brief 2