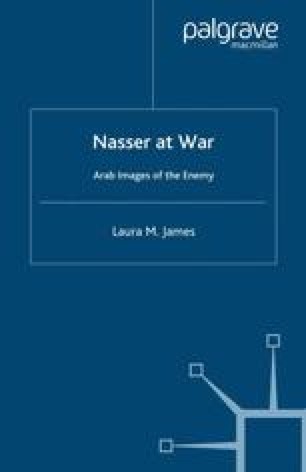 A Very Big Forest: Lions and Tigers and Bears

‘We sent a battalion to Yemen,’ Nasser needled his colleague Anwar Sadat, whom he tended to blame for the entire enterprise, ‘and reinforced it with two divisions.’562 Within a year, the number of Egyptian troops in Yemen soared to unanticipated levels. It was a slippery slope. As Egypt became more and more deeply committed, the political costs of withdrawal rose. The original ‘symbolic’ force of 2000 men had quadrupled by mid-November 1962.563 Marshal Amer arrived in January 1963 and remained until March, increasing the troop contingent to 20,000 and directing a successful offensive. Small detachments came home to be welcomed as victorious heroes — and quietly replaced by others.564 By the first anniversary of the revolution, the Egyptian Expeditionary Force in Yemen numbered about 30,000 (nearly one third of Nasser’s entire army), and had been re-organised for a long-term occupational role, holding key towns and lines of communication.565

Saudi Arabia Arabian Peninsula Arab World Foreign Minister Federation Ruler
These keywords were added by machine and not by the authors. This process is experimental and the keywords may be updated as the learning algorithm improves.

We were in a very big forest and the beasts all over the world were very dangerous, outside and inside.558— Hussein Shafei, Vice President and SEC member

The British lion has turned into a wolf following his defeat on the shores of Suez and in the Arabian Peninsula.559— Mohammed Hassanein Heikal

As we’ve said, Nasser has tiger by the tail.560— Robert Komer of the NSC

Nasser has the bear by the tail and the fool can’t let go.561— Komer