Coherence in the Midst of Complexity 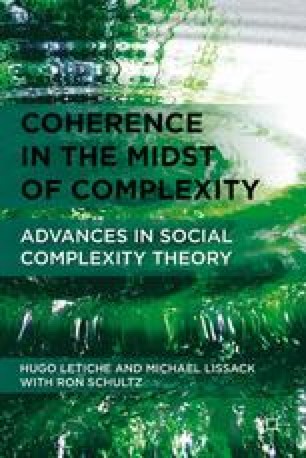 When self and context meet the opportunities that are presented to that self and which is that self recognizes are what we call affordances. J. J. Gibson (1977, 1979) first used the term “affordance” to refer to actionable properties between world and actor (a person or animal). To Gibson, affordances are relationships. They exist naturally; they do not have to be visible, known, or desirable. As his student Norman (1988) would later phrase it: “Affordances reflect the possible relationships among actors and objects; they are properties of the world.” Affordances are, thus, what objects or things offer people to do with them. “Affordances provided by the environment are what it offers, what it provides, what it furnishes and what it invites” (Gibson, 1979). “An affordance is a relationship between an object in the world and the intentions, perceptions, and capabilities of a person” (Weiser and Brown, 1995, 1996).

Good Technology Lossless Compression Metaphorical Concept Ontic Status Iconic Representation
These keywords were added by machine and not by the authors. This process is experimental and the keywords may be updated as the learning algorithm improves.
This is a preview of subscription content, log in to check access.