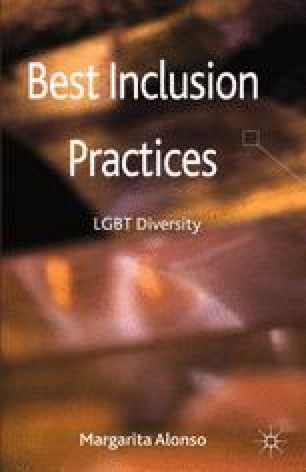 The family has been in constant evolution. I still remember when I was a child, in the Spain of the 70s, divorce was an issue at school. Now, for many, divorce is closer to the concept of ‘second opportunity’ than to ‘failure’. And children of restructured families are normalized. Normalizing LGBT will take time but normalizing LGBT and childhood and adolescence is one of the most delicate and urgent challenges of our society, as this testimony from Scalise highlights. ‘On more than one occasion I’ve been asked how my daughter had accepted the fact of knowing that I was openly homosexual. Once I asked you and you answered that everything had gone well until adolescence, when you began to encounter difficulties defining yourself and defining me to your classmates. Then you managed it and I think you were strengthened by that experience. I remember an episode you yourself told me about. You were in school and a teacher had assigned a project about homosexuals in the classical world. You all read many books, researching the subject, you talked among yourselves. When you began to reveal the results in class and to speak of homosexuality as being a perfectly normal and not a negative issue during that point in history, an opposing voice was heard from among your classmates. It was that of a boy a bit more ignorant than the others, but sincere: “Yeah, it’s easy to speak well of homosexuals now, but I’d like to see what would happen if someone had one at home…”

Sexual Orientation Family Model Lesbian Woman Male Couple Creative Class
These keywords were added by machine and not by the authors. This process is experimental and the keywords may be updated as the learning algorithm improves.
This is a preview of subscription content, log in to check access.