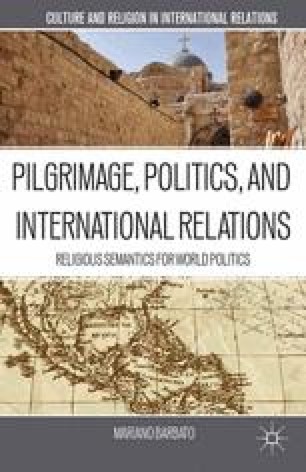 Agency: Pilgrimage between Departure and Destiny

Politics is usually reduced to power. Political agency then becomes the authoritative allocation of resources or, to put it with Lasswell’s classical phrase, politics is “who gets what, when, and how”. Focus on power as the precondition for a capacity to act is certainly not without merits.1 However, power and politics are more than power politics and political agency is not the coercive redistribution of something that is produced elsewhere, say in the sphere of economy. The concept of power is mistaken if it is understood just as resources that some possess and by which they try to attain their goals just as cops or robbers use their guns. Political power in contrast to force is not an instrumental possession but is intrinsically linked to a given or an emerging community. Political power emerges from attempts of acting together to achieve a common goal and from the inevitable conflicts that arise thereby. For this capacity to act politically, we can use the concept of “engagernent.” In this sense it is disturbing when we encounter assessments of our present age, such as that by Zygmunt Bauman, which state that “after the era of ‘great engagement,’ the times of ‘great disengagement’ have arrived.”2

International Relation Political Agency Joint Agency Output Legitimacy Business Friend
These keywords were added by machine and not by the authors. This process is experimental and the keywords may be updated as the learning algorithm improves.
This is a preview of subscription content, log in to check access.