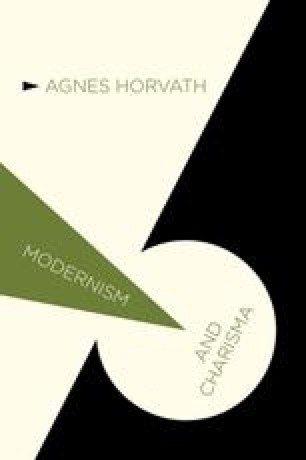 Modernism and Charisma pp 1-20 | Cite as

Chapter
Part of the Modernism and … book series (MAND)

A proper understanding of the dynamics of modernity, in particular the paradoxical links between modernism, fascism and communism, requires new concepts, not taken from the usual self-understanding of modernity. This book argues that this can be done through the notions developed in anthropology, based on a systematic and comparative analysis of the most varied cultures. Not every anthropological study, however, is equally useful for that purpose, as it is necessary to overcome those theoretical approaches that themselves were part of the very same self-understanding of modernity and its ideologies. The most important such ideas, developed by long-ignored figures, mostly at the margin of the discipline, owing to their dissent from the ideas of Durkheim, Boas, Marx or Freud, and their disciples, include liminality (Arnold van Gennep and Victor Turner), schismogenesis (Gregory Bateson), the trickster (Paul Radin), imitation (Gabriel Tarde, René Girard) or sacrifice (Marcel Mauss).1 Interestingly enough, these concepts can be paired with ideas from classical philosophical anthropology, especially those of Plato. Liminal is close to the apeiron, the famous ‘first word’ of Greek philosophy, introduced by Anaximander; the trickster to the sophist; Bate son’s entire work had a Platonic inspiration; whereas the best proof for the tight connection is shown by the term ‘imitation’, central for the anthropology of René Girard, the anthropological sociology of Gabriel Tarde and for the entire philosophy of Plato.

Double Negation Charismatic Leader Totalitarian Regime Objective Interest Modern Politics
These keywords were added by machine and not by the authors. This process is experimental and the keywords may be updated as the learning algorithm improves.
This is a preview of subscription content, log in to check access.