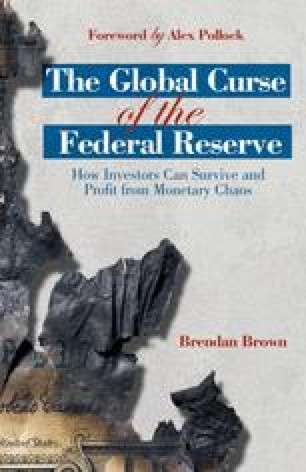 It is hard to believe that once upon a time — in fact as recently as the 1920s and 1930s — periods of price level rises were just as frequent as those of price level falls. Some of these periods were short, others were long. Sometimes the cumulative price fall would be large, at other times small. Over the very long run (meaning several decades) the price level was stable. (If the price level were measured as of today to take account of continuing quality improvements — for example, a constant quoted price for a computer treated under ‘hedonic’ accounting as a fall in price to reflect an increase in computing power — then there would have been some long-run downward drift). That was the situation for the group of countries which were on the gold standard. (It was only for around 40 years before the First World War that the gold standard could be described as almost global.)

Interest Rate Central Bank Price Level Federal Reserve Real Interest Rate
These keywords were added by machine and not by the authors. This process is experimental and the keywords may be updated as the learning algorithm improves.
This is a preview of subscription content, log in to check access.