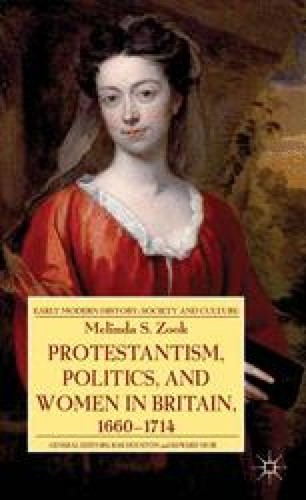 An Incomparable Queen: Mary II, the Protestant International, and the Church of England

On the day that Prince William launched his expedition to England, Mary, Princess of Orange, rose early and spent several hours in prayer and meditation. She then attended services at an English church, a French church, and those at several Dutch congregations. At one of the services, a Presbyterian minister addressed the Princess directly from the pulpit, speaking to the opportunities she should have in England to “serve Lord Jesus Christ and his people” throughout the world. At the hearing of this address, Mary “stood up and let fall a flood of tears.”2 The Princess rose and accepted her task: to ensure the survival of the reformed religion in Europe and beyond. In short, it was the future Queen’s mission to save the Protestant International.

Pastoral Care Nursing Mother United Province Bodleian Library Religious Devotion
These keywords were added by machine and not by the authors. This process is experimental and the keywords may be updated as the learning algorithm improves.

The murmuring world till now divided lay, Vainly debating whom they shou’d Obey Till you great Caesar’s offspring blest our Isle The differing Multitudes to reconcile