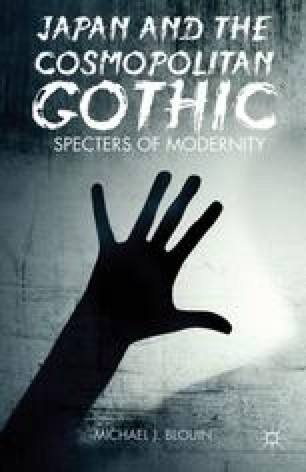 Atemporality and Communal Ethics in the Films of Shimizu Takashi

Japanese horror films of the late twentieth century contemplate spectral entities of an atemporal sort. Contrastingly, mainstream American horror cinema re-enforces traditional temporal paradigms. Consider, as one example, the paranormal presence in the recent Paranormal Activity series (2007–2011): the phantoms do not call into doubt the stability of the character’s subjectivity by disrupting the chronological certainty of their world. While we have hereto surveyed significant elements of contemporary life—imperial expansion, female oppression and resistance, the nuclear event, illusions among those held under the sway of late capitalism—the homogenization of time-based paradigms remains to be examined. Specifically, recent Japanese horror films (known colloquially as “J-Horror”) de-familiarize constructs of temporality while American remakes habitually navigate around these anxieties by inserting an authentic origin at the heart of the haunting—and thus, restore a sense of linearity.1 These alterations continue to provoke a shared cultural anxiety that, repressed beneath the rigid markings of cinematic time, there resides a gaping lacuna.

Emphasis Mine Spectral Network Late Capitalism Horror Cinema American Audience
These keywords were added by machine and not by the authors. This process is experimental and the keywords may be updated as the learning algorithm improves.
This is a preview of subscription content, log in to check access.