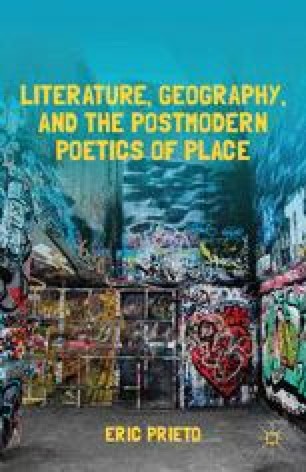 Literature, Geography, and the Postmodern Poetics of Place pp 107-136 | Cite as

Beur Fiction and the Banlieue Crisis

Geographically speaking, the French banlieues à problèmes offer a prime example of the kind of emergent, interstitial spaces discussed in the introductory chapter. Despite the periodic upsurges of interest in the low-income, ethnically mixed banlieues surrounding France’s major metropolises (which tend to follow on the periodic upsurges of violence that have occurred there), they have until very recently remained, culturally speaking, largely unmapped and depicted in the mainstream media as opaque, impenetrable zones. The cultural historian Anna Louise Milne has argued for the need to overcome the reductive view promoted in the mass media of “la banlieue” (without the plural ‘s’) as a “singular” (i.e., undifferentiated) space of alterity, asking how we can “sunder the totalising opposition of centre and periphery, or France and misery”(Milne, “The Singular Banlieue” 60). For Milne, as for me, the best answers to such questions are provided by works of film and literature that eschew the existing interpretive paradigms and journalistic clichés while exploring the multiple, varied experience of the banlieues (in the plural), as seen through the eyes of those who inhabit them. Success is not guaranteed. Even those who set out expressly to come to a better understanding of the banlieues—like Jean Rolin in Zones, François Maspéro in Les Passagers du Roissy-Express, or Bertrand Tavernier in De l’autre coté du périph’—tend to leave this sense of confusion and disorientation largely intact.

Affirmative Action Hate Crime Voter Approval Good Fortune Color Blindness
These keywords were added by machine and not by the authors. This process is experimental and the keywords may be updated as the learning algorithm improves.

To sing of Bezons, that’s the challenge.

It doesn’t sing, concrete, it howls in despair.