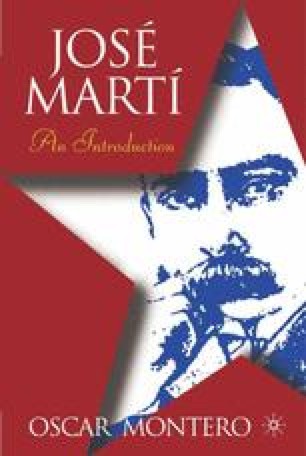 The New Woman and The Anxieties of Gender

In Marti’s Versos sencillos (simple verses), “Eva is false.” Eva, the emblematic name given to a female character in the poems, is alternately treacherous and consoling. Like her famous Biblical namesake, Eva, the iconic woman, cannot tell the difference between a real jewel and a fake, between truth and deceit, or in the context of the poems, between the real love of a man and its counterfeit. In the poems, a male subject desires and mistrusts an image of woman whose representation he paradoxically controls. From these not at all original observations, one may proceed to a predictable and familiar reading of the poems, in which all female characters are reflected in an omnipotent male gaze. Such a reading, though certainly viable, would not account for Martí’s ambiguous positions regarding not only women but also gender differences and the qualities that were attached to them in the late nineteenth century. In other words, examples of Martí’s “narrow vision of rigid gender roles” (Hewitt 32n) are plentiful and rather predictable. On the other hand, it will be more useful to consider some of the uses of gender differences in Martí’s writings, to account for both the specific resonance of familiar clichés regarding women’s “faults” and the points at which the radical gender binaries of the period shift in suggestive ways. The point then is not to review Martí’s obvious machismo but to look more closely as his rhetoric of gender, especially in light of the changing role of women in the United States during his New York years, 1880–1895.

Female Character Burning Building Printing Shop Gender Polarity Feminine Quality
These keywords were added by machine and not by the authors. This process is experimental and the keywords may be updated as the learning algorithm improves.
This is a preview of subscription content, log in to check access.