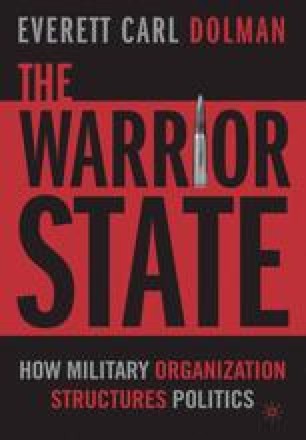 This examination began as an inquiry into the role of war in the development of individual political values. It quickly became apparent that war is a wild card, its meaning indeterminate. The key factor is preparation for war. Assessments were made concerning the reaction of rational, self-maximizing individuals to changes in the organizational structure of the military. Change could be stimulated by a variety of social, political, technological, cultural, and geographic inputs, but all instances in this study were brokered by military factors. Clear associations were observed and isolated. Changes that tended to increase or broaden the scope and scale of military participation tended to broaden political participation. Changes that maintained an outward or external bias, envisioning the threat as an interstate vice domestic problem, tended to limit direct military intervention in the political process, increasing the stability of extant democratic governing arrangements and undermining authoritarian ones.

Political Participation Military Force Democratic State Wild Card Military Organization
These keywords were added by machine and not by the authors. This process is experimental and the keywords may be updated as the learning algorithm improves.
This is a preview of subscription content, log in to check access.