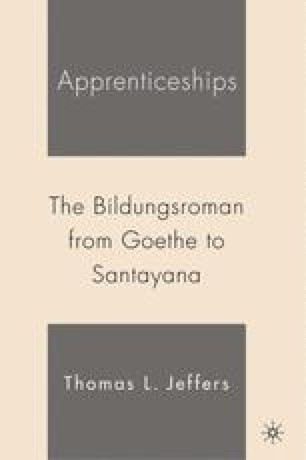 The Philosophical Apprenticeship of Oliver Alden

Oliver Alden, the Bildungsheld of Santayana’s only novel isn’t called “the last Puritan” simply because he is at the end of a line. It is also because he expresses a kind of spiritual extremity. Indeed Santayana (1863–1952), whose sensibility Lewis Mumford praised in the passage quoted above, originally thought of calling the book The Ultimate (rather than the more suggestive Last) Puritan. Born in 1890, Oliver is a latecomer. He brings together the moral and social traits of the single Old World tradition that had truly taken hold in the New, and that by his time had largely broken free from the theological myths that had alternately comforted and terrified his forebears. Comfort and terror: the Puritan tradition had in fact been double-sided. There is a fine Augustus Saint-Gaudens bronze entitled “The Puritan,” about 30 inches high, a muscular striding figure with the characteristic broad pointed hat and long flowing cape. When one of my sons, then maybe four years old, saw the piece in a museum and I asked him who it was, he didn’t hesitate: “Dracula!” That is the terrifying, hard, tough-minded side of the tradition, present in Oliver’s given name, which derives from the inspired, not to say fanatic politician and general, Oliver Cromwell. Then there is the comforting, soft, tender-minded side, present in his surname, which derives from his ancestor John Alden, the delicately conscienced and decidedly unaggressive amorist portrayed in Longfellow’s poem.2

Quantifiable Game Love Affair Epicurean Contentment Moral Idea Love Song
These keywords were added by machine and not by the authors. This process is experimental and the keywords may be updated as the learning algorithm improves.

A faintly amused smile, too ripe for malice, plays over [Santayana’s] lips; and as he walks about slowly, picking up a broken lance or turning over a helmet with the point of his toe, he soliloquies on the old Humanism, the three R’s of the modern world, the Renaissance, the Reformation, and the Revolution, and the more ancient R of Romance; takes note of the importance of the supernatural as a logical foundation for the moral absolutism or provinciality of the New Humanists, and ends with an exposition of the moral adequacy of Naturalism. This is the reverie of a harmonious and disinterested mind, picking its own path amid the debris of a controversy: in its very allusiveness, its lack of direction, its refusal to follow the line of battle or even to perform any tender offices for the dead and wounded that are lying about the field, it achieves that sense of intellectual liberation which is the better part of philosophy.1