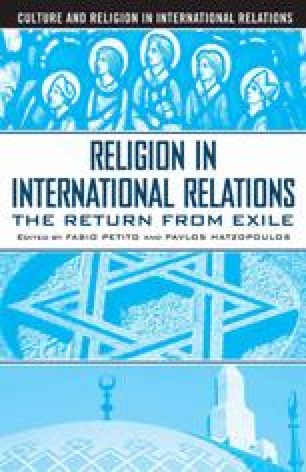 At the time of his visit to the 1893 Parliament of the World’s Religions in Chicago, the great Indian swami Vivekananda is reported to have told a journalist inquiring about his impressions: “I bring you spirit, you give me cash.” His response reflected the sentiment of a deep cultural divide between East and West, a sentiment according to which Western culture is synonymous with a crass materialism, while Eastern culture is deeply imbued with spirit or spirituality. One can doubt that the cultural divide between East and West was historically ever as neat and rigid as Vivekananda suggested; it certainly no longer corresponds to experiences in our time. Under the aegis of globalization, Eastern or Asian societies—without entirely abandoning their traditions—have been anxious to develop their material resources and thereby to catch up with Western lifestyles; on the other hand, Western societies in recent times have been invaded and literally inundated by new forms of spiritualism promising to satisfy peoples’ deeper needs for meaning beyond the material cash-nexus. Perhaps one can say that, on a global level, we witness today both a striving for material “development” and a resurgence and growing fusion of spiritual aspirations—a fusion that, in the North American context, has been described as the emergence of a “spiritual marketplace.”

Mystical Experience North American Context Resonance Chamber Divine Reality Absolute Unity
These keywords were added by machine and not by the authors. This process is experimental and the keywords may be updated as the learning algorithm improves.
This is a preview of subscription content, log in to check access.